MVR is the abbreviation of Mechanical Vapor Recompression. It refers to a technology that recompress the secondary vapor generated from the evaporator by the compressor and convert the electrical power to be thermal power to increase the vapor temperature and enthalpy. Then the vapor will go back to the heat exchanger to heat the liquid vaporize continuously as a heater. By this way, much energy is saved because of less power source is required.

1. The system fully utilizes the latent heat of secondary vapor generated by itself to save the energy.
2. The secondary vapor generated by system itself will be converted to be condensated water and discharged from the system. No vapor is discharged and of environmental protecting.
3. No need to supplement any new vapor during system running except initial stage. The dependency on new vapor is reduced . 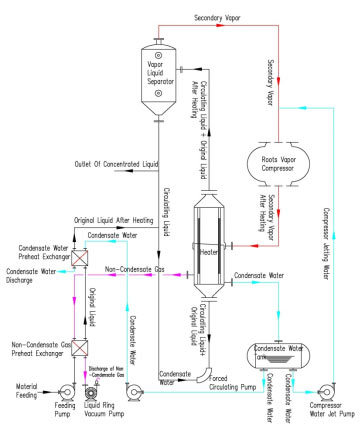 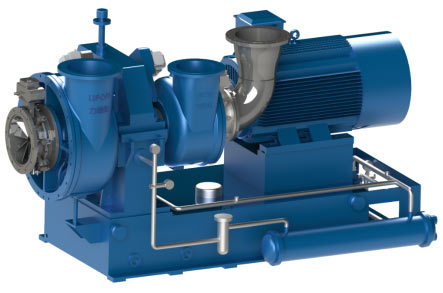 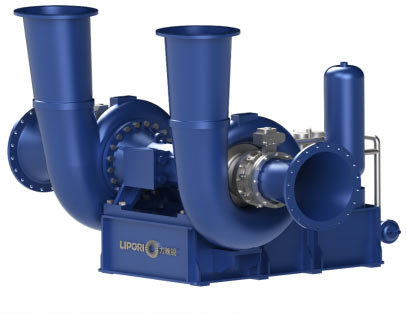 What are the reasons for the overcurrent of the Roots blower

What is the biggest difference between Roots blower and centrifugal blower

The product characteristics of Roots steam compressor are mainly as follows

The reason why the Roots blower bearing is easy to break