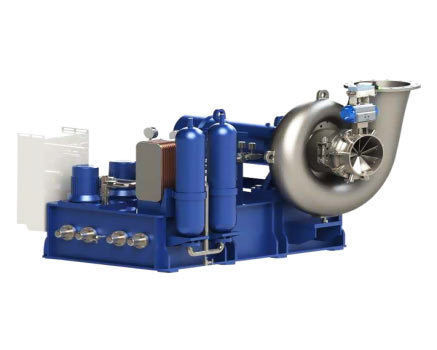 3. Remove the bearing cover at the outer end of the pulley and the upper cover of the left and right sealing bodies;
4. Use lifting tools to lift out the driving rotor and driven rotor;
5. Remove the V-belt pulley or coupling;
6. Disassemble the thrust bearing box and remove the bearing; remove the gear back cap to remove the gear; remove the rotor from the shaft; then remove the left and right sealing device seats and the lower baffle.
In addition, before disassembly, the assembly clearance between the disassembled parts should be measured, and the assembly position of key components should be recorded, such as the synchronous gear of the blower, so as to avoid errors during reassembly. The disassembled joint surface pads and adjusting gaskets should be properly kept, and their assembly positions should be recorded, and their thickness should be measured as a basis for assembly.

What is a customized slurry pumps for mineral dressing

How to replace gear oil for Roots blower